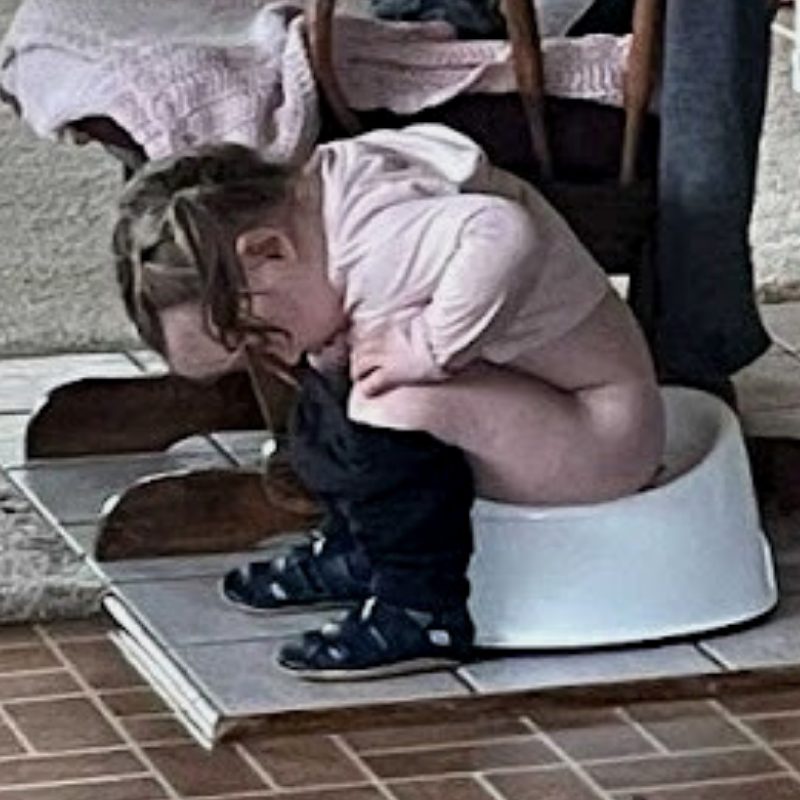 “I thought we were gonna be wrapping it up, but it's the opposite!” What do you do when you hit regression after Baby starts walking? Should you just give up and put her back in diapers? Today I demystify this common EC experience + share several ways to respond and flow with this phase like a pro.

Links and other resources mentioned today:

Transcript download: Regression at Walking: I thought we were gonna be wrapping it up, but it’s the opposite!

Regression at walking. I thought we were going to be all wrapped up by now, and now it's the opposite. This is episode 196. Please look at the show notes over at godiaperfree.com/196 for a full written transcript of this show, along with any links to anything mentioned in today's episode. You could also comment over there and ask your questions if you'd like. Here we go.

Hey, there. Welcome to the Go Diaper Free podcast. I'm Andrea Olson, your host, author, and mom of five babies, all EC from birth, all out of diapers by walking.

Hey, there. So we're going to talk about regressions at walking. Like you thought you were going to be wrapping it up and now it's not happening. We've actually got the opposite happening. We've got massive resistance. And what does that mean? Do we put them back in diapers? Do we give up? Do we potty train later?

So first of all, I want to say that resistance is a really good sign. It means your child is seeking autonomy, which is super important. The second thing is your child wants more control over the process. We want to give that as much as possible, and I'll give you some tips on that in a second. The third reason is that they might be busy with a new task. Just because they finished walking and understand that now. Well, now they're onto running. Now they're onto maybe using a fork or a spoon or using a real cup. Or maybe they're onto talking, and in the beginning of talking, maybe sign language. There is some other developmental task that is now next in line that they're working on. So we want to understand and acknowledge, there are other things on their mind besides potty time, like there used to be.

They may also need more privacy than before. So I'm going to jump right into how to give privacy. If you've been using the Mini Potty, I want you to start using the big toilet with a toilet seat reducer. If you've been using the big toilet with a reducer, I want you to use it in a slightly different way than before. You're going to put them on that. And then you are going to have lined the floor with towels or pillows or blankets or something very, very soft, just in case your child tries to dive off. I and my company are not responsible if anything goes awry with this. So if this doesn't sound like a good idea, or it sounds too risky to you, then don't try it. It's fine. It'll still work out fine.

But usually the people in my community and I have found that once you give them a little bit of privacy, they actually will go right when you round the corner to leave the room to go get your hairbrush that you forgot or whatever. "I'll be right back. I just forgot my hairbrush." Go around the corner, listen, and you hear the tinkle. So usually that works pretty well. Starting at about eight months old babies do need a lot more privacy and you can also just have the Mini Potty in front of the shower curtain and allow them to cover themselves with it. And usually they will go behind the shower curtain as well.

They also really need independent repetition of a task at this age. So yes, we've completed walking. What is the next thing we can do? Learning how to use our hands together, gross motor skills, fine motor skills. All of the things that happen now often require this obsessive immersion in a task to the point of like, "Whoa, how many more times are you going to do that?" And then progressively overloading their bodies with more and more weight or more and more challenges as they go. They are doing what toddlers are supposed to do. So allowing them that, that independent practicing and repetition of tasks is super important.

We want to offer a little bit less now because the frequency of their pee has decreased. They aren't going as often. They're going with longer expanses of time. I'm going to do a podcast in a few weeks about this. How often will my baby pee? So around walking, they start to go around 30 to every 30 to 45 minutes. This is just a rough average, but it could be upwards of two hours. It could be as low as 20 minutes. But the point is that they can hold it longer than they could a month ago. So if you're offering the same as you did a month ago, you might want to do a new observation session. And you can use my log. It's called The Log, the observation log. I'll link to the paper log, but I'll also link to the app for your phone so you can download that and you can see how often my child goes now. If they're peeing on the floor five minutes later, and that's part of the regression, then offer five minutes after you normally would have or carry them around while they're naked for a little while for five minutes, and then try again. Overall, we want to offer less without giving up. And we do want to revert back to the Four Easy Catches if that's what works. So the Four Easy Catches are wake ups, poops, diaper changes, and ins and outs. So you definitely want to do that as well.

The other thing, if there's regression at walking, you might want to go straight into undies or commando and stop using diapers because they've completed the walking task. It's super important that a lot of people think, "Oh my gosh, there's regression and resistance. We're having accidents all the time. Why would I want to stop using diapers? I feel like I need them more now." But the indication from the child is that they need more independence and control. They want to be like you. They want to be big kids. So we will change their backup. Stop using diapers in the daytime hours, permanently. Babies rise to the occasion. It's amazing to see that happen.

And on that note, we want to begin to pass the baton more assertively if there is resistance, because that is something that's going to help assist them. There's an entire chapter in my book, Go Diaper Free, which I'll link to in the show notes, that goes over how to pass the baton, what to teach, and when. We also have an entire course, a program on that now for different age ranges of babies. This one's called Passing The Baton for 12 to 17 month babies. And that is going to very deeply talk about how to pass the baton. When one thing happens, do the next thing. So we'll link to that in the show notes as well.

And lastly, I want to just tell you that during non-pottying times, I would love for you to teach all the parts that they might be missing. How to wipe, how to wash hands, how to turn the light switch on and off. How to put the stool at the toilet so they can get on. How to put the toilet seat on their reducer. How to dump the Mini Potty. How to change when they have wet pants and how to put new ones on. How to push and pull their pants up and down. Those are all key things that you can teach. And again, in my book, we go over that and in the program, we go over that as well. What parts can you teach? And those things are going to be little keys that allow your child to stop having to resist and to assert their independence because they will genuinely be independent. So wonderful. Oh, also if you don't have a Mini Potty that your child can get on independently, then you're going to be in for a little bit more challenge. So definitely hit up tinyundies.com and get my super short Mini Potty. Sometimes that pauses that regression and makes it go away completely.

That's all I've got for you today about regression at walking. I hope you've got something out of this episode, for sure. So again, you can check out the show notes at godiaperfree.com/196. I'd like to know if you've had a regression at walking and if so, what have you done to solve it? Or if you have any questions whatsoever, please leave a comment over there as well, and we look forward to seeing you.

Thanks so much for listening. This is the Go Diaper Free podcast at godiaperfree.com. We'll see you next time.

If you want to watch me record today’s podcast episode, you can do that on my youtube version right here:

To help out the show and help more parents find out about EC:

Are you experiencing regression at walking? Have you rolled with this before?
Please leave a comment below with your thoughts

I look forward to discussing with you in the comments, below!