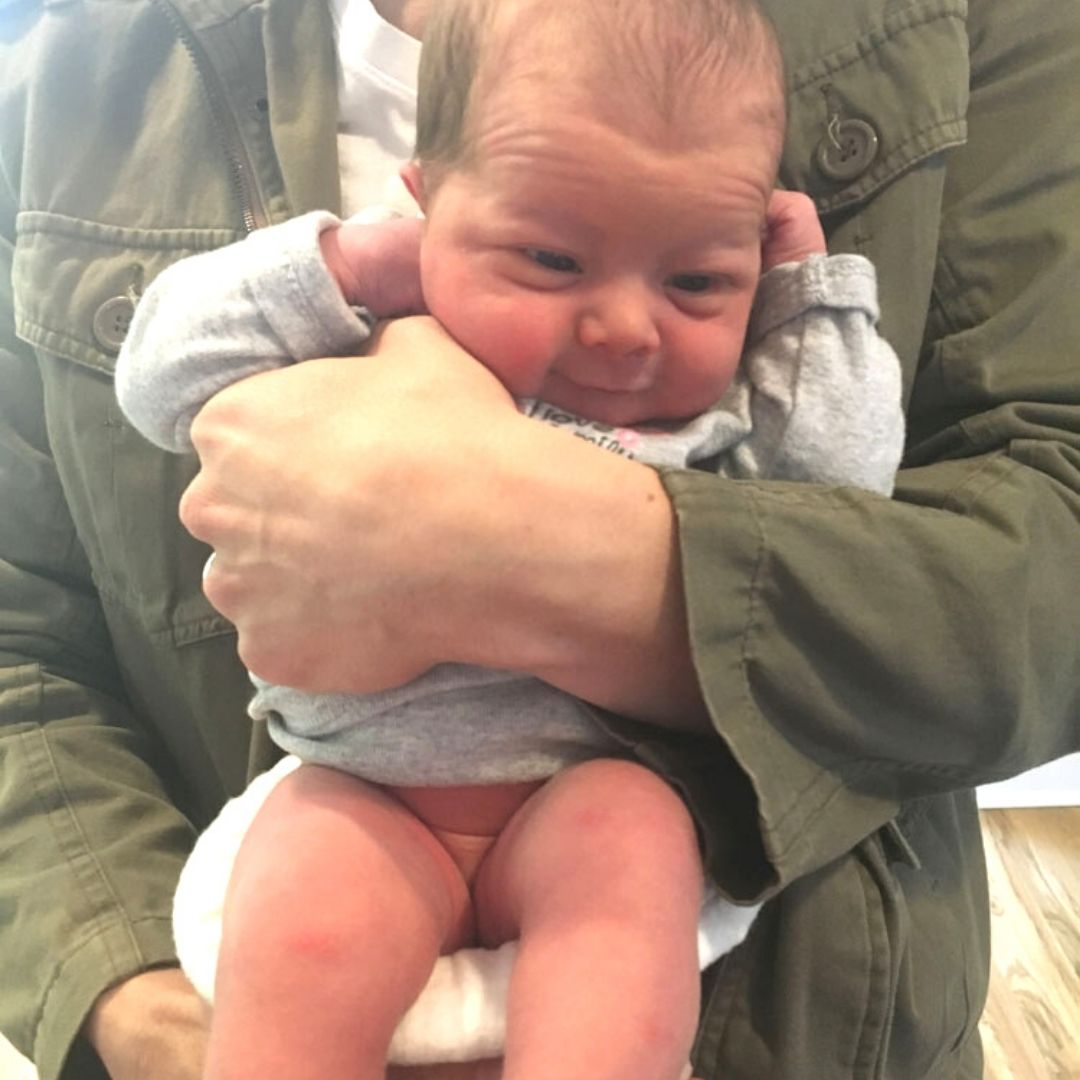 Hi, I'm Andrea Olson with Go Diaper Free and I teach new parents about elimination communication or pottying a baby as early as birth. Today, I'm going to talk about the pros and cons of starting a baby as a newborn, at birth or within the first six months.

So starting a baby within the first six months, obviously, starting at birth, people are very intimidated by this, but it is the easiest time to start and definitely a way to instill EC in your lifestyle and to stick with it over the months and years to come. More like months, actually, not years. Starting at newborn is great because babies within zero to four months old, in that first sort of trimester, they call it the fourth trimester, as they're still sort of in creature land and they haven't completely come into their bodies yet, and they're still opening up to the world, they signal most primally and most loudly, usually by crying or fussing or wiggling. And it's very easy to pick up on signals with a baby who's, say, zero to three months old, zero to four months old.

This is why Laurie Boucke, another author, of Infant Potty Training, which is a wonderful book as well, she calls that the golden window of starting EC. The pros of starting at that age are not only they signal loudly... And also, babies, generally, do stop signaling after this first few months. But in the beginning, also, you're going to make this a part of your commitment to your child, a part of your parenting lifestyle and your rearing style. So it will stick much better. And even if you get off track, you're going to go back to it because it's like the point of no return, once you start doing EC, especially with a newborn, you generally don't go back to seeing the diaper as a toilet. It will always be a backup from then on out, no matter what you do with it, potty training later, finishing EC later, whatever.

Okay. Other pros for starting with a newborn, you've got downtime. So even if you're going to be going back to work when baby is a few weeks or months old, that's okay, you've got time with your baby, one-on-one, to be able to observe and to understand patterns and to get to know your baby on this other level. Another advantage is bonding. A lot of brand new parents with a first child don't really know exactly what the baby's wanting and success with EC from birth, it can feel like you're providing the baby with another one of his or her needs that are very primal, very instinctive, and it makes you feel successful as a new parent. It gives you confidence as a new parent.

Starting between zero and six months is awesome. And it's a lot easier than you think. I have an easy start guide for free on my website godiaperfree.com. Just click on over there and download it and you'll get an idea of what the four basic tenants are of starting. Okay.

The cons of starting as a newborn, well, you've got a lot going on, maybe your nipples are bleeding because breastfeeding is not going great, maybe you got a tongue-tied baby, maybe you've got colicky baby. I've had two, maybe three out of my four babies, this one's still kind of new, who had colic for the first five months of their lives. It's very, very, very hard to do much else other than cope with the crying. So a con could be if your baby, his temperament is not quite so happy. It could be hard to detect what is a signal or is my baby just being fussy because he's colicky or is it gas or whatever. So that's another part of it to keep in mind that could be considered a con.

But also, fussiness can be lessened by doing EC. So if you stick with it and you really learn it and definitely use my resources, that's what they're there for, because I didn't have them when I had a colicky first baby, you can overcome this challenge that's inherent to this age group for a lot of babies as well. You've also got sleep progressions in there that typically happen at certain ages, like four months. If you're into the wonder weeks, you can look at baby's developmental leaps.

So you have a lot going on with a newborn, but mostly it's about the mom and the dad and all the changes that are going on in life of having a new child. That can be the one main challenge of starting at this age. Other than that, there aren't really very many challenges because the baby's not mobile yet, they're kind of there, and you sort of have some time to sit with them and learn them on this new way.

So that’s it from my newborn video...hope you enjoyed listening if you’ve never heard me speak about starting newborns before. Again, this episode is sponsored by Baby Meets Potty newborn minicourse. This combined with my book, Go Diaper Free, will set you up with success to start ECing right at or after the birth of your baby. The minicourse has lots of footage of me ECing all 5 of my babies within minutes, hours, days, and weeks of their births. This is truly the only way to learn EC from the start. Visit godiaperfree.com/newborn to sign up for that class.

PS - here’s the video version of this episode in case you prefer to YouTube it. ;)