This touching guest post is from a former GDF coach, Michelle. Thanks for the transparent sharing of your challenging journey, Michelle! xx Andrea

When I was 35 weeks pregnant with my second child, I found out something was quite wrong with my baby girl. She had essentially stopped growing in utero. I ended up delivering at 38 ½ weeks a bitty 4 lb. 11 oz babe who had as many issues as I had NICU-induced lack-of-sleep.

We were warned about long-term affects; namely, she might have developmental delays, physical delays, a lifetime glucose imbalance, brain damage, a chromosomal defect and/or genetic disorder...but I couldn’t let myself worry too much...she was our daughter, and we would love her and encourage her and make do with the problems that may come our way.

Nonetheless, I cried when she first rolled over and I cried again when she sat up for the first time (both were things we were warned might never happen).

I anticipated a speech delay, but cried again when she finally said “Dada” at 18-months, actually acknowledging my husband as the recipient of that “Dada.”

I Wanted to Communicate with Her

All that said, I was preparing for the worst. While in college, I took care of a 12-year-old with cerebral palsy and a host of other medical issues. I had seen up-close what some of “the worst" could potentially look like. He was a child with the cognitive ability of a 3-month-old, and yet still he was able to communicate, if you bothered to listen long enough.

I knew that even in the “worst” state, I wanted to be able to communicate with my daughter – even if she never spoke an intelligible word. So, I began my second child’s elimination communication journey (infant potty training).

Because of ALL the doctor’s appointments, having a surgery herself, another few days of in-patient testing, and other medical issues in the family, I didn’t “officially” start EC until about 4 months old...but by 6 months the nursing staff at our local ER knew I was “that lady who’s really tiny baby pees on the potty.”

I hated that my biggest infant potty training encouragers were the nursing staff at the local children’s hospital...but that’s where I lived off-and-on for the course of a year between my two kiddos’ medical needs. Any support you can get on your pottying journey is welcomed!

I knew that if I had a daughter who couldn’t talk, then I needed to figure out a way to communicate with her otherwise. Elimination Communication (EC) provided that avenue of communication for our family.

She was fully potty independent before age two, even though our family still uses sounds most of the time instead of potty words. It’s where our daughter is at in her oral skills, so that’s how we do our EC (still by sound association). But, it works for us.

She can tell us she needs to go, go, wipe, and dump her little potty into the toilet herself, but I still help with clothes manipulation some of the time.

For a little lady whom we were told may never sit-up alone, that girl’s impressively got pottying down pat! What a blessing it has been to our family to communicate with our little girl, from an age that some without developmental delays don’t have their potty needs or communication attempts met. She has shown baffling progress in so many areas, and already being potty trained stumps doctors and therapists left and right. 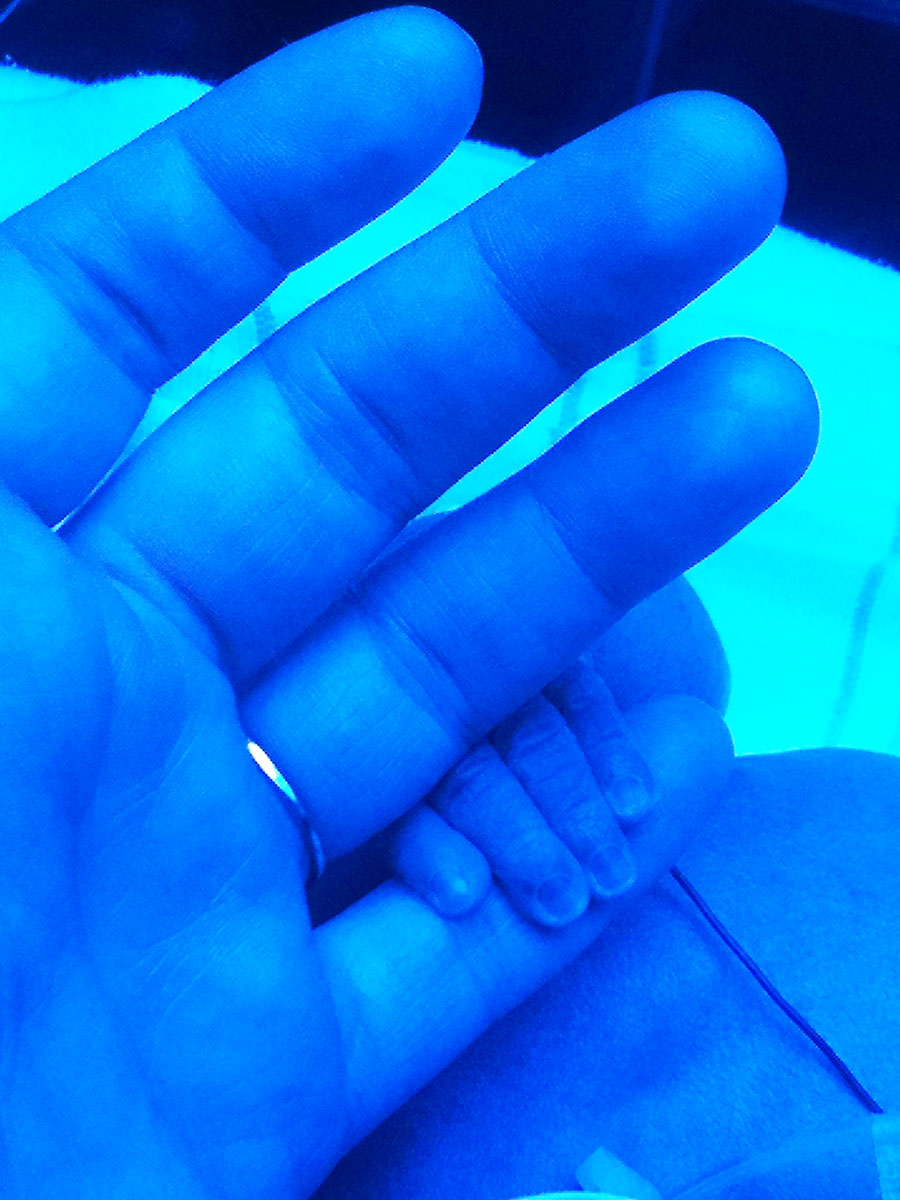 Simultaneous Medical Challenges for Our Other Child

All the while, as our 4-to-12-month old girl learned to potty, our already potty-trained 2 ½ year-old son had 3 surgeries in the course of a year. Each time he had surgery he was made to go back into diapers again and again for post-op hygienic purposes. It was a horrible experience for us all, each time.

I tried to explain to medical personnel he was potty trained. Regardless, they put him back in (double-layered) diapers after every surgery, for the ease of routine care & checks and to prevent infection.

My son cried and cried, “No diapers, Mama!”

He would be put back into diapers for a week (just enough time to get re-trained into diapers again), and then had to be trained back out of them, time and again. He essentially got potty trained 3 additional times. It was a rough road.

Potty training was the least of the trials, but I definitely got experience and was able to notice pottying signs at different ages.

I know infant potty training and toddler potty training can seem like a lot of work sometimes. Any sort of life-long teaching always is. But, this additional method of communication has only increased our communication skills and family bond, and it proves that some of the innate things, such as a babe or toddler not wanting to sit in “it,” aren’t hindered by delayed speech, family medical emergencies, or even a lack of pottying “accessories.” (Most of the time, I just had a babe in a carrier and a public restroom, and we did just fine.)

Has your family had any medical or developmental-related pottying set-backs? Any suggestions from your experience for other readers? Please add them to the comments, below.

Best wishes on your pottying journey and may yours be filled with far less medical trials!

Posted in All Topics, Benefits, Blog, Potty Training
← What I’m loving this week…Getting back on track with EC [after falling off the wagon] →