<< Back to Coach Directory 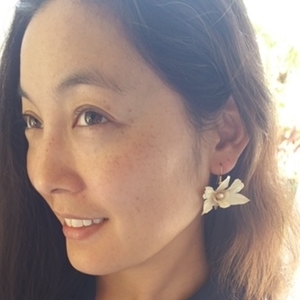 SHERRY OKUYAMA received a B.A. degree in Communications from the University of Hawaii
at Hilo, Hilo, Hawaii, in 2008. After graduating, the life search began to find the path to which
she could do great things with her degree...
She had heard about Elimination Communication from a close acquaintance, who successfully
practiced EC with her three daughters. She thought to herself, “What an amazing venue to
begin communicating with one’s new little human… If I ever have children of my own, I will
practice EC to the best that I can”. As time went on, she did not heard of anyone else attempting
EC in Hilo, Hawaii. She became a Momma in 2018. She never imagined how life would change
after having a little one. She immediately began EC [and cloth diapers] from her daughter’s first
month of life. Her husband was also intrigued with the concept of EC and jumped right on board.
Less rubbish to throw away [and better for the environment]. Less diapers to wash. Less #2
diapers to clean up. Win-win-win!
After having a child of her own, Sherry noticed many other babies/toddlers living in disposable
diapers for far too many of their first years of life. There needed to be a change.
At the beginning of 2019, she committed herself to become a Mentor with the Go Diaper Free
Coach Certification Program. She wanted to share the possibilities of being “diaper free” with
anyone that was interested and anyone that wasn’t aware of EC. She achieved her goal to
become a Certified Coach in May of 2019. She currently lives on the Big Island of Hawaii. She
is open to support anyone on their Elimination Communication or Potty Learning journey! [Not
only those living in Hawaii.